“We're always busy dotting the i's and crossing the t's"

A table in the garage, with a Milking machine. This is what the first goat milking parlour of Wim and Marit van der Wal from Ommeren looked like. In more recent times, they have been milking their 1500 goats in a 2x45 side-by-side Rapid Exit SAC milking parlour for over four years. "Soon we will install animal identification in 32 places in the milking parlour. This will allow us to manage the goats even better".

Starting small
In April, he celebrated 32 years as a goat farmer. Wim van der Wal bursts out laughing when he talks about the start of his business. "I started out in my father's stable when I was 18 years old". Mr Van der Wal's farm was small, with ten cows and pigs. "I actually wanted to milk cows, but that was not possible financially", says Wim, who started milking goats himself and, in addition to managing his herd of about 100 animals, also worked for a dairy farmer. "I held a job there for a very long time, to be able to expand the goat farm".

Increase to 1,250 litres of milk
Starting with a table where ten goats could be milked simultaneously, Wim scaled up the milking to a milking pit with space for 24 goats. The livestock expanded and so they eventually ended up at their location in Ommeren in 1996, where they were able to construct a new building from scratch and thus make another growth spurt: eventually to 1400 goats. "The dairy farmer where I worked also used SAC for milking. That's how I ended up with SAC as well, when we wanted to build a larger milking parlour", says Wim. This growth was accompanied by the pursuit of better quality and animal health. In 2012, the entire herd was exchanged for double-free goats: free from CL and CAE. "We also noticed this in the production", says Wim, who looks back on this 'exchange campaign' with satisfaction. "The average production rose from around 800 kilos of milk to more than 1,250 kilos of milk per goat per year". The consequence of this success was that the milking parlour started bulging at the seams again. The 2x28 milking parlour turned out to be too small after only a few years. "We spent ten hours a day milking and cleaning, which was also the point at which we hired more milkers. It became impossible to do it on my own".

Side-by-side overview
They started looking for a new milking parlour. The capacity of the machine was one of the most important criteria in the selection. "Initially, we were not considering a rotary milking parlour", says Wim. "After hanging up the milking parlour, the goat keeps on turning, out of sight", says Wim, who values being able to check during milking. "Once it's turned the corner, you can't see anything anymore. What's more, you stay in one place and keep making the same movement, which didn't seem right to me in the long run". So they decided to check out the side-by-side parlour. "It had a better overview, varied movement for the milker and straight walking lines", Wim says, listing which advantages were decisive. "And, of course, the high capacity". Once they had tested milking in this type of parlour, the decision was made. "We were sold. The whole picture was perfect for us".

Expectations were fulfilled
The SAC 2x45 side-by-side milking parlour, with feeding, IDC milk indicators with quick start, collection and rapid exit, has now been running to their satisfaction for more than four and a half years, says Wim. "Milking takes around four hours per session, including cleaning". In the meantime, the goat stable had grown to around 1500 animals and the milkers stayed on as well. "We also have a machine station branch, where our son William also works". Milking 500 goats per hour is a feasible capacity. "This could become a little faster when we select for milking speed, but in the end, the performance we expect at this milking parlour has come true".

More data means better decisions
Time to further fine-tune, because they never sit around twiddling their thumbs at Van der Wal's dairy goat farm. "We have purchased goat recognition for 32 places", says Wim. "The bottom line is that every goat ends up on a stand at least three times a week, and the production data is linked to the goat". More data allows goat farmers to make better decisions about breeding and management. "We are still selling around 130 to 140 goats to other goat dairy farmers milkers every year, so this information is welcome. And besides", says Wim, "we are always dotting the i's and crossing the t's". 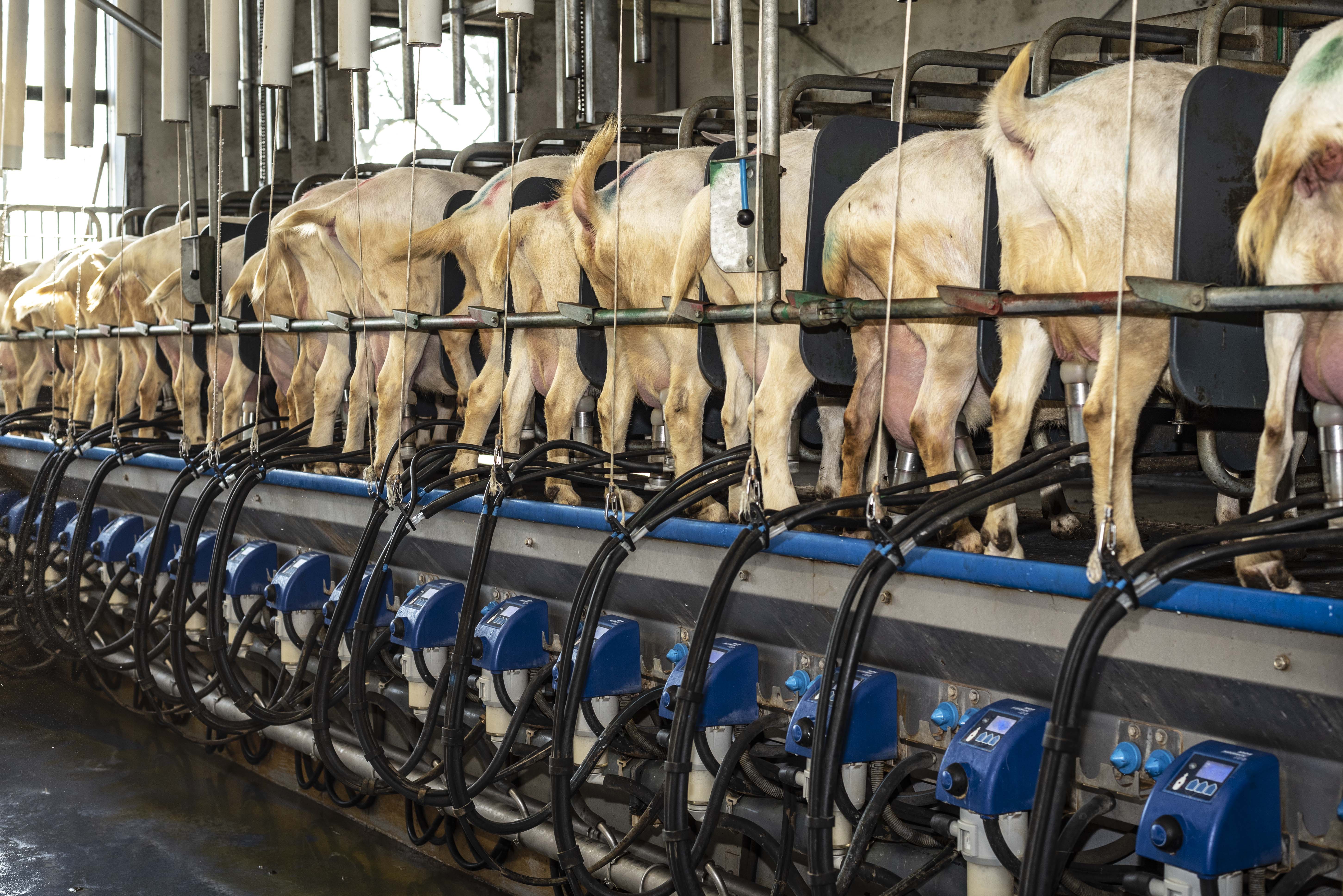 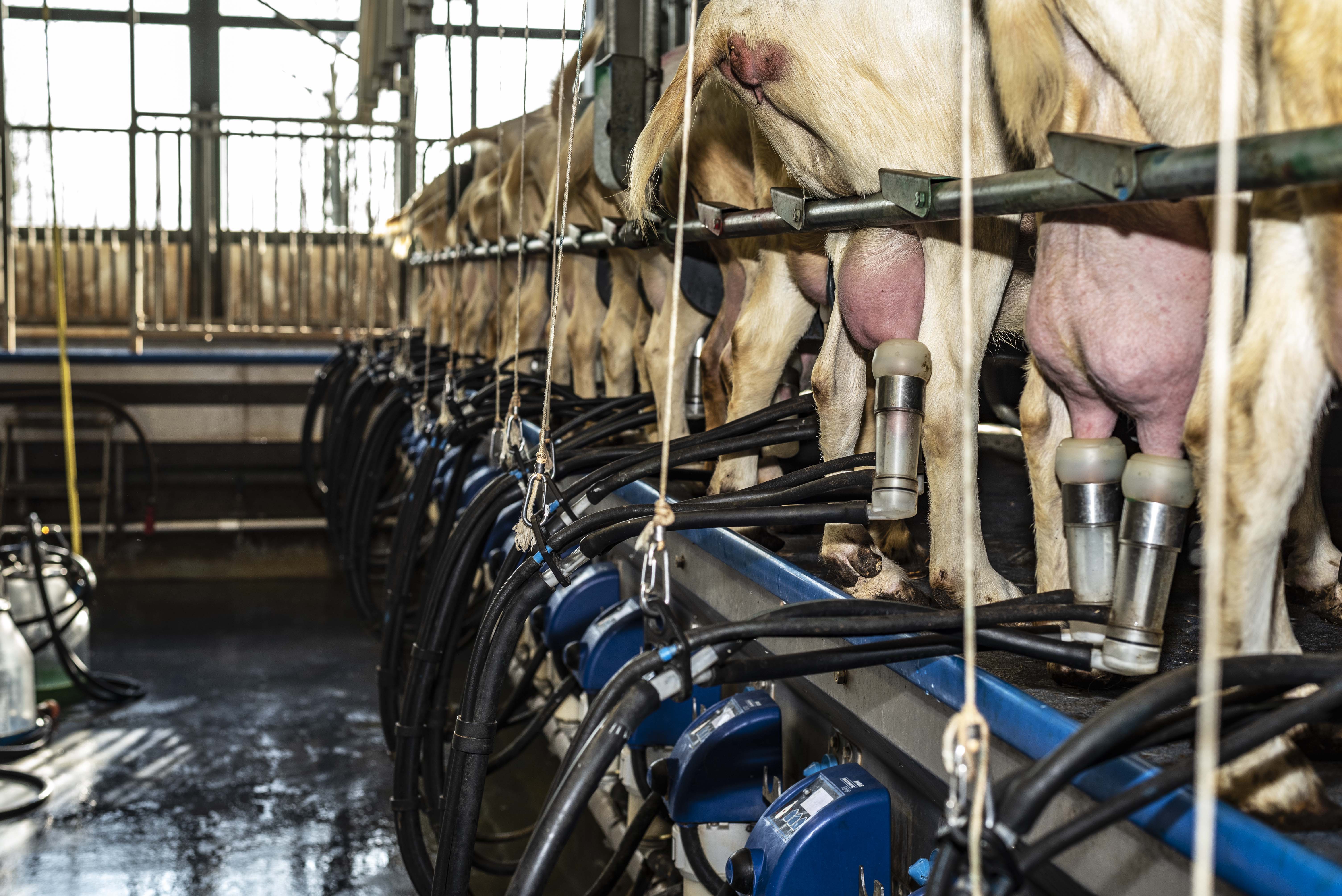